Hey everyone! Today I’m welcoming the lovely Tyrean over as part of a blog post exchange. If you’d like to read my post, you can find it here.

Take it away, Tyrean! 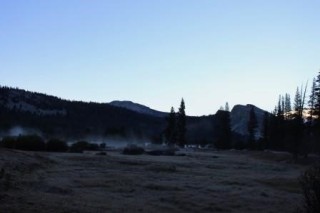 Since 2007, I’ve been working in one main fantasy world. Champion in the Darkness took several re-writes to bring to completion in 2013, and I followed it with Champion in Flight(2014), and Champion’s Destiny(beginning of 2016).
As I finished the last book, I started thinking of other ways to expand the Aramatir world with other trilogies. However, I had promised myself that I would do something different this year. I even had three “new-old” projects lined up, partially prepared to go.
Then, in the midst of my Short Story Writing Time (I have time set aside for each kind of writing), I stumbled upon a character and a dilemma that wasn’t going to resolve quickly. In fact, I was 7,000 words into it before I realized that I had written the start of a new novel, and not a short story.
So, now I’m in “A Whole New World” (Cue Music from Aladdin).
But I feel like Luke looking for R2D2 on the horizon, unsure of how much trouble I’m going to be in as I chase down the new droid idea.
I thought I would have my rough draft of this new project done by now. Cue: hysterical laughter.
What was I thinking?
I love entering a new story, but getting all the layers of world-building together has been both challenging and exciting. I’m only a quarter of the way into my rough draft and it’s a completely horrifying mess. I changed from 1st POV to 3rd POV and back to 1st POV in the first three chapters as I’ve been challenging myself to write in 1st POV; it’s distinctly weird for me to write like that for a character but I felt I needed to get closer to her. I also changed from present to past tense in two chapters, and I’m not sure which one I like best.
I feel like I’m starting everything all over again – everything.
I’ve been doing research, taking notes, asking myself questions, digging into the history of the world as well as the history of the characters, and I feel like this project will be better than anything else I’ve ever written. (Or . . . no, I just won’t go there.)
However, it’s going to take more than a month or two to write. It might take six months, or it might take a year. (I’m trying not to think longer.)
Meanwhile, I’m trying to keep a few non-fiction projects running and some real short fiction moving through the submission cycles.
Is it just me, or is it hard to start over again?
Tyrean Martinson
Blog
Facebook
Twitter
Books (link toAmazon)