I’m still on my mission to complete my A to Z Challenge theme, and I’m actually feeling like I’m finally in my home stretch.

And today, I’m writing about a biggie.

Writers all have to come to terms with this simple fact or we simply couldn’t function as writers.

First drafts almost never live up to the pictures we have in our minds.
(Unless we’re temporarily delusional.)
I wish I can say that it becomes better, but really, all that happens is we learn to expect that compared to our idea, the draft will suck. So we’re not as crushed when we find this when we re-read what we’ve written.
Why is this, though? Why don’t we just write the idea the way we have in our mind?
Well… For one thing, writing is hard. Don’t ever let someone tell you it isn’t. Furthermore, our minds have a way of making ideas look incredibly shiny, because along with just the basic idea, we also see how we expect it to look and feel in the end. But the truth is that this sense of perfection is an illusion.
It’s a nice illusion. It helps us be excited enough about our ideas to commit to the writing.
But as soon as words start appearing on paper, you’ll find you don’t have exactly the right words to get the feels across that you have. You’ll discover plot-holes you never considered (even if you did plot). You’ll discover that the characters simply refuse to act in the way that you need them to in order to bring your vision about.
Or you’ll get to the end and reread the whole thing, find that you got almost everything that you envisaged down and… it… just… sucks.
There’s not really all that much that you can do about it. The translation from idea to draft is never perfect, and there’s not much you can do to change this.
You can, however, change the way you see and react to the imperfection.
I think all writers come to terms with imperfection in various ways, but this is what I do:
1) When reading what I’ve written, I make note of flaws and weaknesses, but focus on the positives. No, no one’s rough draft sucks in its entirety. There’s always something worth keeping. Your job is to find that thing. And make note of all the things you need to change in order to improve your story.
2) Remember that it’s always better to have one sucky draft than a million good ideas. This might seem counter-intuitive, but an idea is worth very little until you have it written on paper. Especially because of our mind’s way of making things look shinier in our thoughts than in reality. Once the story is written, we can fix it no matter how bad it looks. (Even if it takes a rewrite.) But if you don’t ever write it, there’s nothing you can do to it.
So yes, be underwhelmed, but remember that a sucky first draft is just part of the process. And be glad that you’re underwhelmed, because it will help you in edits later.
How do you deal with first draft suckage? Are you struggling with first draft suckage at the moment? 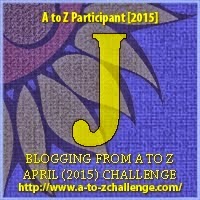 If you’re a new kid, this thing you need to know about writing will probably take you by surprise. Unless you’ve been hanging with us old hands for a while, you’re probably buying into one of two myths. Or, if you’re really warped, both.

Really good writers only ever write one draft.

My words are perfect and anyone who tries to say otherwise is just plain wrong.

Really good writers only ever write one draft. I’m a good writer, therefore my words are perfect and anyone who says otherwise is just plain wrong.

I can see the old hands nodding. We all know the guy.

DO NOT BE THAT GUY.

Oh, you are that guy? Sit down, kid, or your plot bunnies get it.

Yes, dear, I love your plot bunnies with some fava beans and a nice Chianti. *makes slurping sounds*

So here’s the truth:

Your first draft will be junk. Your second draft will suck a little bit less. Once you’ve revised, your manuscript will look better. And it will keep looking better with every successive round of edits you put it through.

And then, when you’ve polished it until you’re proud of your baby and you can see your reflection in it, you’ll publish it.

And you, or someone else, will find a typo somewhere.

In other words: You’re human, and therefore, nothing you create will ever be completely perfect. If you think your story is, you’re either delusional, or you’ve been editing so many times that you’re no longer seeing your own errors.

This holds true for all writers. I know some people like to brag about how pretty they write and how easy it is, but this is like (to borrow from an interview I heard, but I can’t remember the writer’s name) the stunning looking Hollywood starlet who’s prancing before the cameras and saying: “Oh… this? I just threw it on.”

Or maybe, it’s the fact that there are very few people who really can remember pain.

Really. I’m one of the lucky ones. I like editing. You might feel like it’s stabbing yourself in the heart every time you have to delete something. In fact, if you’re that guy it’ll definitely feel that way.

Which is really the reason I’m telling you not to be that guy. Yes, they’re annoying as hell. Especially when they ask old hands to critique but really only expect praise. But all and all, not being that guy is better for your emotional welfare.

So repeat after me:

Right now, I’m writing junk so I can edit it better later. It’s all part of the process.

And keep repeating it every time you open your rough draft. You’ll thank me for it later. For so many more reasons than I can tell you here tonight.

Isn’t it just wonderful how life just screws over our best-laid plans? Almost exactly five minutes after I updated the first round of posts, my Internet Connection failed completely, and I was stuck without it all day.

So I’m still a day behind, which is sort of a theme for me at the moment. I’m also a day behind (give or take a few hundred words) for Camp NaNoWriMo. That said, I’ve written 12k words and edited half a book in a week, so I’ve got nothing to complain about.

Hopefully today, if the Internet holds, I’ll catch up with the A to Z Challenge. I should be caught up with Camp NaNo by tomorrow.

Now, I’m going to pretend this isn’t a bit of a non-sequitur and say:

Speaking of writing and NaNo, do you realize how many rough drafts you won’t finish before you finish one?

My number is seven. Yep, I tried – and failed – to write a rough draft seven times before I managed to get through one.

I think all writers have at least one “failed” draft.

Ah. You picked up on the quotes there. Let me explain them.

See, the same people who think that writing is a journey filled with bunnies and unicorns also think that it’s incredibly easy to finish a rough draft.

Most of those people haven’t tried writing as much as a short-story. Never mind a novel.

NEW TANGENT! Not saying a short story is in any way inferior to a novel. Once you get past the how-the-heck-do-I-fit-this-in-less-than-10k-words jitters, it’s a significant amount easier to finish than a 50k, 60k, 80k, 120k draft. If only for the reason that 10k is so much faster to write. Fewer odds of your muse or anything else distracting you, for example. Or the what-the-hell-am-I-doing-I-can’t-write-shit jitters to hit home, for that matter. It’s for this reason that I usually recommend that new writers who don’t have a particular idea for a novel try their hands at various length short stories first and work their way up. It’s a wonderful way to get into the habit of putting thoughts into words without the word count intimidating them.

TANGENT TO THE TANGENT: I omit the truth that I find short stories devilishly difficult to write as well. No use scaring the minions before converting them to the dark side. MUHAHAHAHA!

The point I’m trying to make is that if you’ve never even tried writing any sort of fiction, you don’t know how fiendish it is to actually write it.

So when you’re new and haven’t any idea about what it takes to finish  a story, you’re going to have a few (or quite a few) unfinished drafts and possibly a significant chunk of your ego as collateral damage. This, my friend, is not failure.

It’s part of the process. No amount of me or any other writer telling you how to write will teach you how to finish a draft. You learn by trial and error. This naturally means that you’re going to make mistakes, and those mistakes will mean that you won’t be able to finish a particular draft just yet.

Oh, you noticed the “just yet” too. Sharp. You’re very sharp. See sometimes, you’re going to realize that your idea just isn’t panning out. So you shove that draft into a drawer (or some forgotten place on your hard drive) and move on to the next idea.

You better be moving on or all your plot bunnies will meet with some unfortunate accident.

You’ll keep putting away unfinished ideas, but all is not lost. First, you’re learning, and you’re probably going to take what you did like from one unfinished draft to the next story you try to write. This way, your skills keep evolving until one day, you write “The End.”

Then, after you’ve celebrated. Or after another “failed” draft, you’ll get some insight into what will make that one draft in your drawer work. Then you’ll start that one again and actually finish that. (Or it might take ten or so further lessons, but hey, you’re still learning.)

In other words. There are finished drafts or unfinished ones.

The sooner you learn this, the more fun you’ll have.

Veteran writers: How many unfinished drafts did you have before finishing your first? New kids: You are moving on, right?