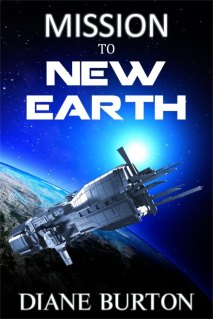 Would you go on a one-way trip to explore a new planet? Would you do it to save humankind?
Earth’s overpopulation and dwindling resources force the United Earth Space Agency to expedite exploration of new planets for a possible new home. When new crises ensue—a giant tsunami and the threat of nuclear winter—the timeline changes. Eight years of training crammed into four. Sara Grenard and her team prepare for launch, but are they ready for the one-way trip? Will the Goldilocks planet prove just right for Earth’s inhabitants? Before time runs out.

“We screwed up again,” Marsh announced as soon as the five of us joined him. His voice echoed off the hard surfaces of the lav. “In RT, it could kill us.”
“You and your damn RT,” Tom spat out. “Why can’t you just say real time like a normal person?”
Marsh shot him a look, one I’d hate directed at me.
Military background evident, he stood in the middle of the area near the showers, his feet wide apart, hands clasped behind his back. The others were more casual. Bill held up a white-tiled wall across from the showers. Ana and Gloria sat on a fake wood bench. Meanwhile, I crossed my arms and leaned against a sink. I tried to look casual even though my nerves were strung tight. We had to be ready for the launch. Earth was dependent on us.
All of my team, except Tom and Marsh, wore hang-dog expressions. At forty, Tom was the oldest on the team and a damn fine pilot. His red face and mutinous expression as he confronted Marsh belied his usually even-keeled manner.
“You’re exaggerating, Rayburn.” That was more than angry. Tom was defiant. “You always exaggerate. Worst case scenario? Is that all you think about?”
I’d never seen Tom so worked up. Gloria walked over to him and rubbed his shoulder. Usually in stressful times, her gentle caress calmed him down. Not now.
When he shrugged off her hand, I caught the hurt in her eyes.
“C’mon, Bill. Back me up on this.”
Bill held out his hands in a don’t-get-me-involved gesture. He was our engineer, both formal and practical. He could fix anything from wonky engines to food replicators.
Tom turned to me. “Sara?”
I knew that was coming. I tried to let my team work things out by themselves. Soon we’d be living in close confines, not just on the ship but on our Goldilocks planet. If we couldn’t live in harmony during training, we would be in deep trouble once we reached our final destination. We’d be in even worse trouble if we couldn’t work out our differences here. Marsh was right to pick the only place that wasn’t monitored. We absolutely didn’t want the directors to think we weren’t a well-functioning team.
They could pull us and put in the Shadow Team. Our replacements.
“Okay, guys, what did I miss?” With a forced grin, I raised my right hand. “I swear I wasn’t dreaming about a day at the beach during the sim.” 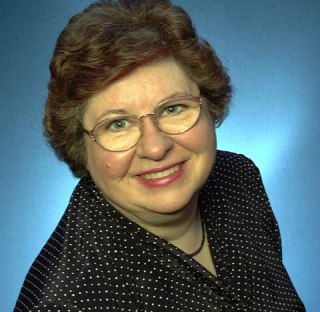 Diane Burton combines her love of mystery, adventure, science fiction and romance into writing romantic fiction. Besides the science fiction romance Switched and Outer Rim series, she is the author of One Red Shoe, a romantic suspense, and the Alex O’Hara PI mystery series. She is also a contributor to two anthologies: Portals, Volume 2 and How I Met My Husband. Diane and her husband live in West Michigan. They have two children and three grandchildren.
For more info and excerpts from her books, visit Diane’s website.
Blog
Twitter
Facebook
Goodreads: DianeBurton Author
Pinterest
Amazon author page
Sign up for Diane’s newsletter: http://eepurl.com/bdHtYf